When Jackie’s cousin Caroline and her boyfriend Brian were here visiting they had the opportunity to see Madrid, Sevilla and Barcelona all in one fellow swoop across the country.  Upon their return to Madrid after visiting both of the cities I loved hearing all of their thoughts about the two very different Spanish cultures they had seen.  Since I lived in Sevilla for a month (over two years ago now!) and had already been to Barcelona during the fall semester, it was really fun with all of us already being familiar with the cities themselves.

But when we got to the topic of La Sagrada Familia, Caroline and Brian stared at us with shock and awe when we told them we had rented bikes, and thus not wanted to spend time waiting in the long line to go inside.  We had been contemplating the idea of heading back to Barcelona during the summer to experience La Barceloneta and the beach anyway, so when they told us it was the most beautiful thing that had seen in their entire life, we were sold on going back again.

I bought tickets online to enter inside the Sagrada Familia and we completely avoided waiting in any lines at all, definitely worth it.  I highly recommend purchasing tickets online here, since you have a one hour window in which you can enter, with unlimited time inside.  I thought the outside was impressive, but since it’s still under construction you can’t take in all of its beauty just yet.  On the other hand, the inside of the cathedral is absolutely incredible.  From the stained glass to the intricate ceilings and beautiful stone work, not one detail was left out.

Other than that reservation, we had no other plans for the weekend.  Since we had already had the opportunity to explore la Boqueria, las Ramblas, Camp Nou, Parque Guelle and the Guadi houses during our previous visit to Barcelona in October, we had a lot more freedom this time around.  We spent two long days at the beach and two long nights out experiencing the wonderful nightlife of the city.

We spent the first night at Shoko, a typical club of la Barceloneta neighborhood, located right on the beach with a terrace and the option to escape from the club to relax on the beach, which I of course took advantage of.  Since it closed early for our Madrid standards (3:30am), we slowly made it back to our hostel by walking along the beach and going for a late night swim.  We spent Saturday night at a huge festival/party/I’m not even sure what to call it at El Poble Espanyol.  El Poble is a village built during the Barcelona Olympics to showcase the unique cultures, architectures and foods of the different regions of Spain.  We didn’t get to explore the whole village, but we did see the huge Plaza Mayor and the Andalucian neighbourhood, which really did remind me so much of the small winding streets of Sevilla.

We ate amazing seafood, like garlic shrimp and seafood & chicken paella, vinegar mussels and fresh calamari, only fitting as we were finally near the ocean.  Before getting on our train back to Madrid on Sunday night we also enjoyed sandwiches from Bo d B, recommended by a friend of a friend who had previously studied in Barcelona.  For American tourists the sandwiches are nothing special, but I assure you that after a year without access to anything remotely resembling a deli, Panera, bagel shop, etc. it was the best sandwich I’ve had in a while.  Study-abroad students in Barcelona, I highly suggest visiting this place!

We returned to Madrid sunburned and exhausted, but so content with the wonderful weekend we had just had.  What made it even better is that we met up with friends from Northeastern, some that we hadn’t seen since we left Boston last year.  It was great to see you guys and I hope you had a wonderful birthday celebration, Bridget!  Hope you all enjoyed your weekend.  Ciao, amores:)

Last Thursday I left to celebrate Kate’s 21st birthday in Barcelona for the weekend with a bunch of friends!  Kate’s birthday was a great excuse for us to go visit her while she’s studying there.  We spent all day Friday & Saturday touring around the city, so it was especially great to have her there as our tour guide:)

At the moment, I am fairly overwhelmed with school work, group projects, co-op meetings, and all sorts of miscellaneous other things that are requiring me to be at Comillas literally 24/7 (studying on study abroad? … what a strange concept).  Anyway, because of this I’ve decided to highlight my five favorite things about Barcelona. 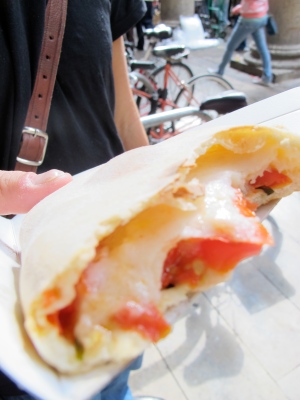 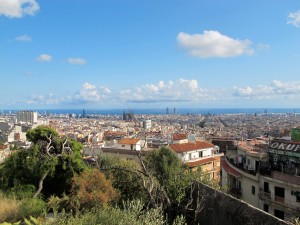 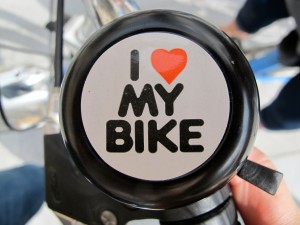 Hope you enjoyed the snapshots of my weekend in Barcelona!  Saludos, amores:)